Russia's submarine fleet - a most important integral part of this country's strategic potential-is marking its 100th jubilee. Its history, heroic operations on sea communications during the years of historic battles are the pride and glory of the people of Russia who are as confident as ever that our country's shores are under reliable protection.

Back in 1906 submarines became a separate branch of Russia's naval potential. That was despite the tact that out first subs appeared on the scene several centuries before. According to archive records about 60 of them were built between 1719 and 1900. These "pioneer" subs were far from perfection and were driven by their crews. But in the second half of the 19th century subs designed by engineers Ivan Alexandrovsky and Stepan Dzhewetsky were already equipped with mechanical engines. They could be used only against stationary targets on the surface and their main advantage were their sudden strikes.

ity with other countries. The problem on the agenda was how can atom bombs be delivered secretly and reliably towards enemy targets for producing a sudden strike. The commonly accepted solution consisted in placing nuclear ballistic rockets on submarines.

Problems of the same kind were on the agenda of the leading Western powers. Submarine missile carriers were designed and built first in the United States and somewhat later in Britain and France. In 1956 the Americans tested their first strategic nuclear submarine armed with 16 solid-fuel POLARIS-1 missiles which soon went into mass production.

In the Soviet Union R&D work on naval nuclear weapons was started in 1954. The team was headed by Acad. Sergei Korolev* and Acad. Nikolai Isanin** (both became academicians later). The first Russian ballistic missiles were placed on somewhat re-equipped diesel submarines of models (projects) 611 and 629. At the same time work was started on the construction of the first nuclear-powered submarine. Taking part in the project were 135 organizations including 20 R&D bureaus, 35 institutes and 80 industrial plants. The general leadership of the project was in the hands of Acad. Anatoly Alexandrov***. And most of the work was done at the Leningrad R&D Bureau No. 143 (today MALAKHIT St. Petersburg Bureau of Naval Engineering) headed by Engineer-Captain 1st rank, Vladimir Peregudov. The nuclear power unit, designed by Acad. Nikolai Dolezhal, was built at the Scientific Research Institute Number 8 (Moscow).

The first of these nuclear subs (Project 658) were armed with 3 missiles launched from the surface. New subsurface missiles (Project 658M) appeared in the early 1960s. That was the beginning of the establishment of our strategic atomic submarine fleet.

The serial production of the second generation of 667a-type submarines began in 1967. Each of these

In 1972 the Soviet Navy received a nuclear submarine of Project 667B armed with 12 ICBMs. This made it possible to considerably alter the tactics of using such subs without approaching enemy shores-ICBMs could now be launched right from the Arctic waters and even through holes in the ice.

In 1976 our Navy received a complex with separable missiles which could be aimed at individual targets. Equipped with these weapons were our nuclear subs of projects 667BDR and 667BDRM with liquid propellants; their pre-launch preparations were technically complicated and hazardous (from fires and explosions).

That same year Russian specialists started work on a solid-fuel missile for heavy nuclear subs-cruisers of the third generation-Project 941 TYPHOON. Placing some 20 such carrier rockets with weight of some 90 t called for building a special submarine with three connecting shafts between two autonomous strong hulls, each carrying a separate power unit. As was established later, these submarines, even despite their large displacement, had high speeds and maneurability, low noise levels and comfortable accommodations for the crews. A special unit of six such cruisers was established - the main strike force of the Soviet Navy capable of dealing with some of the most complicated strategic objectives.

This missile complex, like the previous ones, was designed at the Bureau of Design Engineering (town of Miass, Chelyabinsk Region)*. All strategic submarine missile carriers were designed by specialists of the RUBIN Central Design Bureau** and they were launched by the Northern Engineering Plant in Severodvinsk. Subs of types 667A and 667B were produced at the Shipyard of Leninsky Komsomol (in Komsomolsk-on-Amur). A total of 91 strategic nuclear submarines were built in the USSR.

The development of a new class of submarines armed with ballistic missiles involved a whole range of scientific and technical problems including producing effective hydroacoustic equipment. It was developed at the Leningrad Central Scientific Research Institute MORFIZPRIBOR*. It consists of a set of antennas and mathematical data-processing instruments which determined to a large extent the architecture of the whole sub. While working on the three generations of such subs, engineers and designers made considerable progress in producing hydroacoustic instruments which make it possible to detect marine targets at distances of tens and even hundreds of kilometers.

A modern naval sub can hardly be imagined without a powerful navigational complex. It is used not only for navigation as such, but also for the establishment of such parameters as the coordinates of a site, direction of the true meridian, depth, speed and acceleration of the submarine which provide for a high accuracy of its missiles. Navigational instruments for nuclear subs of the 1st and 3rd generations were produced at the Leningrad Research Institute ELEKTROPRIBOR and for the second-at the Moscow Research Institute DELPHIN. For ensuring a high accuracy of the calculated parameters and their storage between seances of observations engineers produced improved new gyroscopes with spherical rotors on electrostatic suspension with a complicated system of mathematical processing. In launchings of rockets in high latitudes radiosextanes are used functioning on the basis of radioemissions of the Sun and the Moon, and in the optical band-by the stars. The accuracy of navigational parameters measurements increased by 20 times as compared with such systems of the first generation.

In view of the high requirements for modern naval ballistic missiles all of them use the principle of "complete astrocorrection". Nuclear subs can also make trajectory corrections with the help of earth satellites and stars. The development of navigational instruments with astrocorrection involved a large volume of R&D work. This included the GRANIT and the Command Instruments Research Institute and the State Institute of Optical Studies, the Leningrad Optico-Mechanical Amalgamation named after Lenin, the Pulkovo Observatory, etc. Their combined efforts, and also of the Miass Bureau of Design Engineering, of the Research Institute of Automatics in Sverdlovsk and a number of academic institutes produced for the first time in the world a unique set of on-board instruments which ensure accurate targeting of naval ballistic missiles and their use in high latitudes, including the North Pole region.

Of special importance for increasing the effective operations of strategic subs are radio communications. Apart from usual communications with the headquarters, such links deliver commands to the submarine crews in any point of the World Ocean and floating either on the surface, at periscoping depths, or fully submerged. Subs are equipped with automated sets of radio communications which can operate at all frequencies-from ultra short-wave to super-long wave bands, using all kinds of antennas. Such sets were

And there is yet another important problem to be dealt with. In building submarines great importance is attached to the quality of metal used for the hull. During the time of construction of 3 generations of our submarines the mechanical parameters of steel have been significantly improved, including changing the yield point from 60 kg/mm2 to 100 kg/mm2 . Welding operations have also been improved and are conducted without preheating of metal edges. Stainless steel and titanium are used including types of metal developed by experts of the PROMETEI Central Research Institute of Structural Materials of Leningrad.

Finally, it should be pointed out that the effectiveness of weapons of a rocket carrier practically fully depends on its supplies of electricity. Radical progress in this field has been made by the RAS Physical-Technical Institute named after Joffe in conjunction with engineers of the MALAKHIT plant. The power network is switched without interruptions from turbogenerators to storage batteries with the help of germanium and silicon transitions (bridges).

Finally, a few words of gratitude to specialists who have been working for decades on the theoretical foundations of these problems and conducted practical studies of submarine engineering. We have in mind a whole generation of specialists working at the Central Scientific-Research Institute of Acad. Krylov. The center has a unique experimental base, including the world's longest test tank. Institute experts prepare practical recommendations on the navigational parameters of modern submarines, the statistical and dynamic strength of their hulls, power requirements, and on reducing their acoustic, magnetic and other fields. 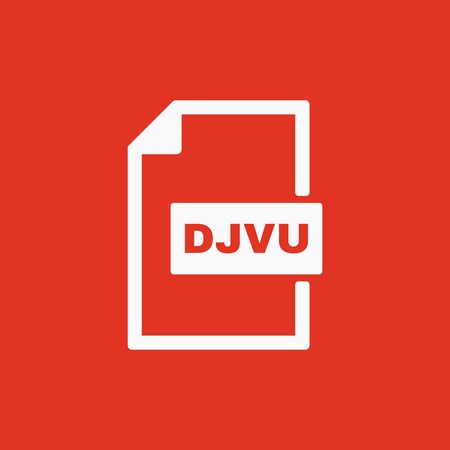